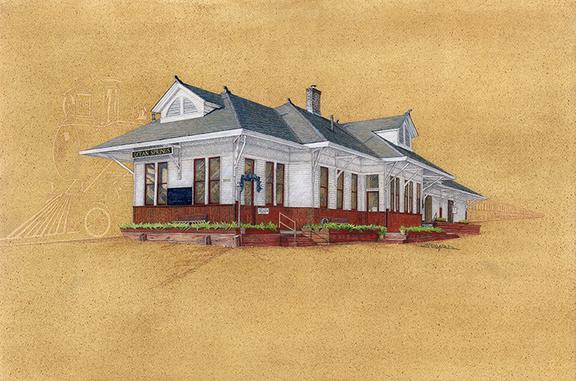 Ocean Springs L&N Depot was built in 1907 and served as a freight and passenger station. The last passenger train in 1972, was recorded by my daughters Venus and Lisa with their pennies on the track.

The Whistle Stop art gallery opened in the late 60's and as the world realized the importance of Walter Anderson became Realizations.

This rendering is one of ten historic and prominent landmarks of Ocean Springs, executed by the artist that won 1st Place in the Mississippi Gulf Coast drawing contest sponsored by art patron, Dr. Richard Furr.