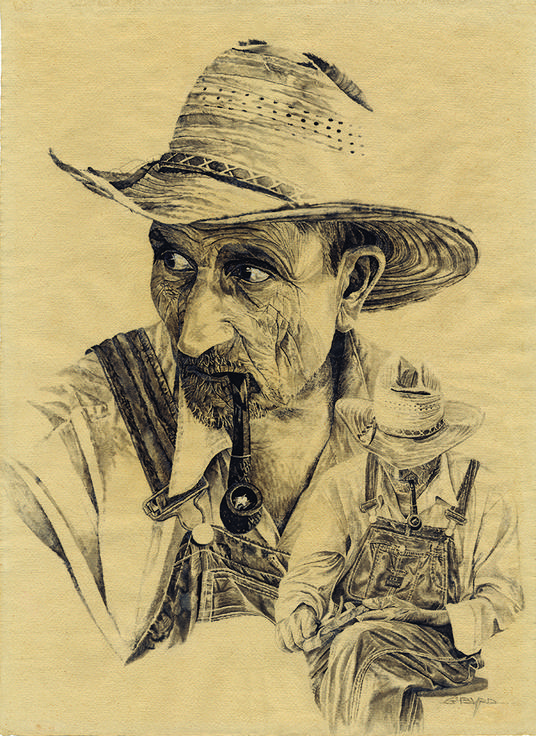 He looks up as you pass by on your hurried way. He wasn’t mentioned in your morning paper; and probably won’t be on the evening news, not from his rustic surroundings and tattered appearance. "Maybe never amounted to much", you think as you catch a glimpse of him sitting up there on his cluttered porch, whittling his life away.

But don’t tell that to all his children, grandchildren and great grandchildren, for they have heard all about how he mule hauled logs from the back woods of early Vancleave; and how there was never a motor too far gone to be restored like new, by his talented hands. Big, strong hands that though calloused from hard work, successfully performed precision grafting of any plant or tree. He has lost count of the many firearms that bore his fine hand crafted stocks.

There still hasn’t been a movie or T.V. show that compares to his many adventurous tales; and unlike reruns, his keep getting better. Not one of his many descendants can ever recall an angry or unkind word from this strong gentle Cherokee.​